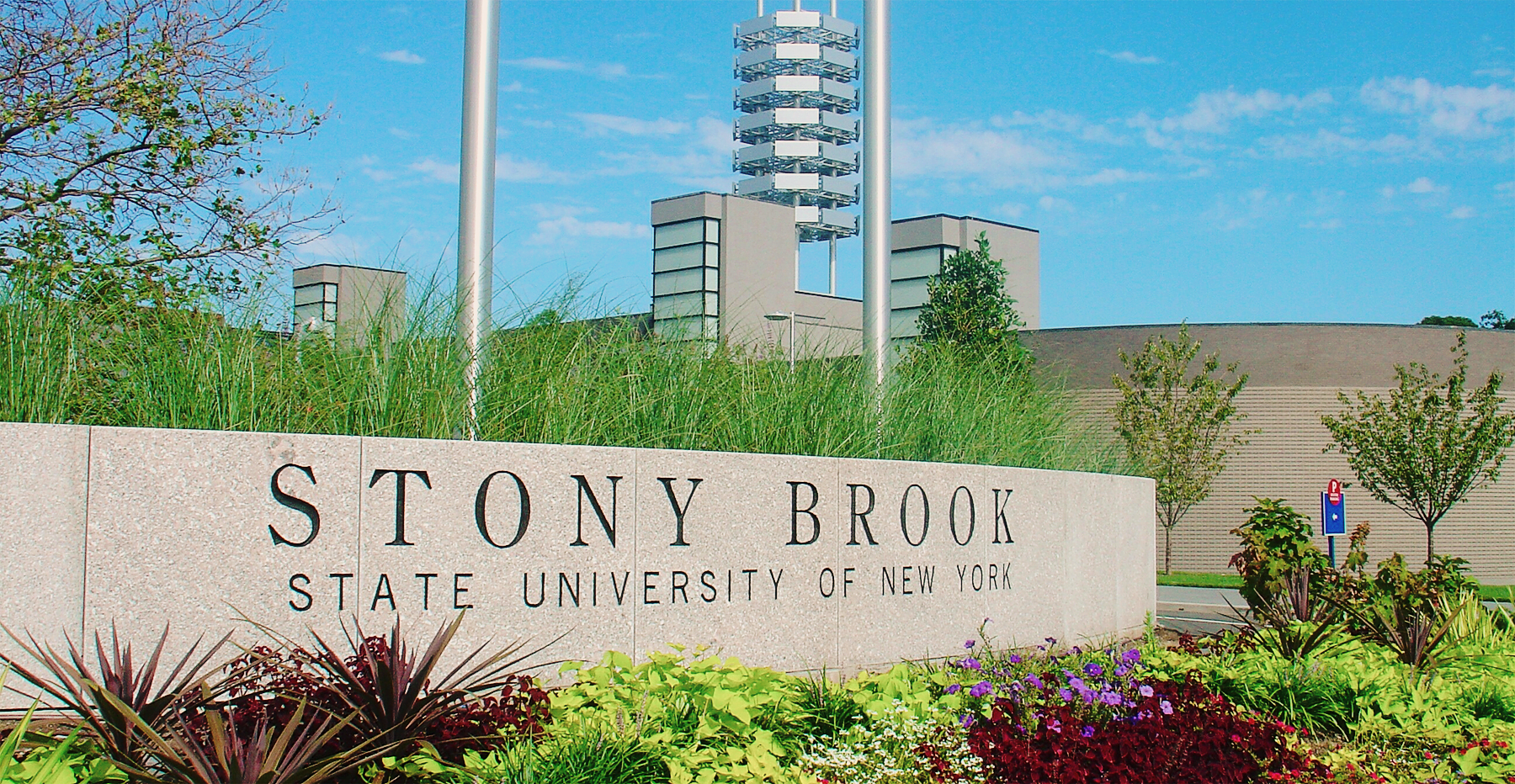 I’m proud to announce that, in May of 2015, I’ve been accepted to Stony Brook University.

Running the risk of sounding cocky, the acceptance itself comes as no surprise. I left high school with a high average and respectable SAT and ACT scores, especially considering the amount of effort I paid to earn both (or lack thereof). I graduated from community college this past December with honors. Admission to Stony Brook University — or to any state school — was never in question.

After high school I chose, out of financial temptation and laziness, to attend Suffolk County Community College, a fantastic school mocked often as the “thirteenth grade” in my area: an extension of high school and an inauthentic college experience. I absolutely feel it was the right place for me and was sad, after two and a half years, to leave it; I took phenomenal classes taught by equally impressive professors (I’m a proud alumna of Professor Emmachild’s Harry Potter and Breaking Bad philosophy courses, and a survivor of Professor Bordeau’s intensive poetry class). I expanded into campus activities, specifically the school’s feminist magazine, Lilith, which I helmed as editor for a year, and the women’s club, where I befriended the extremely colorful and impassioned president. These activities were not mere resume boosters; they cultivated and matured my interest, knowledge, and activism in the feminist movement, and were a source of external and internal growth. I interacted with many different people, from many different walks of life, in both. I learned about them and, in turn, myself. I graduated Suffolk confident in both my interests and my English/Education major.

I advertised my motivations for taking a semester off after graduating from Suffolk as financial — practical — and there is truth in that. I was curious to attend a school upstate, but such a relocation was more than I could afford on my own at the time. I could spend the months off working and saving. In addition, the end of my educational sabbatical would coincide with my sister’s graduation from college, who would move along with me. Her company would relieve some of the financial burden, but would contribute much more in my happiness. And so a plan was made: I would wait.

A job opportunity on Long Island appeared for my sister when I was waiting to hear back from my transfer applications, and it complicated that plan, calling into question her ability to accompany me. As I considered my backups, one being to remain at home and attend Stony Brook, the other to move alone, I began to question my months off. Transferring to Stony Brook directly out of Suffolk would have been a relatively easy step — had I wasted my time in not taking it? — and I tried to make myself feel guilty for my apparent lack of drive, not only towards my education, but because I did little of what I promised when I began my time off. But the more I looked back, the more any regret washed away.

It isn’t entirely fair to say I produced absolutely nothing, though. I’ve continued my weekly podcast for KH-Vids.Net, and worked on several other projects for the site, one major and ongoing. I’ve started this blog, which has served as a major outlet for my thoughts and has allowed me to exercise my writing outside of academia. Even though the entries may seem few and short for a person otherwise working only part-time, I’ve dabbled in a variety of niches, all of which I’ve enjoyed — media representation, literary and lyrical analysis (the latter twice!), video game reviews, and some more personal pieces, too. Somewhere between all that (and my chronic oversleeping), I found something that even alone justified my break — that it changed me, as a person, for the better. It sounds hokey and perhaps it is, but I’m not the same person I was in December. I’ve gone through so many milestones, ones I wouldn’t trade for any savings or time shaved off my college career.

I accepted myself, and came out to many people, as bisexual. For years I have on-and-off questioned my sexuality,  my lack of certainty in it a source of great discomfort, particularly in my teen years. I knew I was interested in men, but women were a conundrum. Because I certainly looked, and found them attractive. Was I simply admiring confident, pretty girls, hoping to emulate them? Was I just a little curious, or confused? I remember the first time I read the word “bisexual,” in the textbook for my 6th grade science class. I remember thinking, “that sounds like me.” But as much comfort as that thought offered — the suggestion that it was okay to not like just men or just women — it was also an identity I felt I had to commit to, and commitment has never been a strong point of mine.

It took until now, at 20 years old, for me to wake up and decide to stop being afraid. It was an immediate relief; I smiled for days after, even before I decided to tell anyone. It reframed childhood relationships and experiences in a way that at last made sense. An enormous weight lifted off my heart — which I was now, for the first time in my life, feeling ready to give.

I began dating my first real boyfriend. Or, to phrase that more sentimentally, I fell in love. It petrifies me to type those words, let alone say them aloud, and reaching a point where I could is another development of this period. I avoided romance for the bulk of my life; confusing sexuality issues aside, I was far too shaken up, emotionally, to give myself over to another person. Vulnerability meant things could go wrong, that my partner could abandon me. Vulnerability meant chancing hurt. But suddenly I felt ready to take that chance when I met someone I felt was worth risking getting hurt for. And tackling all that — my fears, these new experiences — has been terrifying and exhilarating.

I also read some books and played some games and watched some movies. I listened to some bizarre and intense music. I worked a little and relaxed a lot more. Some might call me lazy and they’d be right, but I see value in every one of these experiences and revelations. In a violently capitalist culture, where one’s worth is measured by their gains and production, I have been, for the past few months, a failure — and yet I emerge from these months a better version of myself. It’s possible that these progresses could have happened even if I was in school right now, but I can’t pretend the timing of these breakthroughs has been coincidental, nor can I ignore that I’m happier than I’ve ever been. I feel stable, emotionally, and confident in who I am and who I want to become. I’m kinder, more open, and more willing to give. These accomplishments are intangible and unmeasurable and abstract. They cannot be taxed and deposited into my bank account, nor will they help me find a job with a salary and benefits. I acknowledge that the opportunity to pause my life comes from a stance of privilege; I’m lucky to have a family that will support and house me, and a part-time job to pay some bills. Not everyone can afford to take time off from college or, indeed, to attend college at all. Too many today wake up, work, sleep, repeat, and are still barely able to make ends meet. Maybe that’s an integral function of capitalism, a method of control. Maybe that’s why American society suffocates so many: because they don’t have time to stop and breathe, and they therefore remain in the lowered position they were born into.

I view my six-month break from life as a sort of passive rebellion from that culture. I have no intentions of rushing through my youth to finish college at the expected time; with such a philosophy, I’ll wake up an old woman unsure of who I am, only how I function within the machine. I will not feed to it my identity and my happiness, in exchange for a degree or a paycheck. By keeping in constant motion, one neglects their mental and emotional needs. I don’t want that life for myself. I’m excited to begin this new chapter in my life and I feel better poised than ever to tackle it, to keep pursuing my goals, both towards my degree and my career plans, and regarding myself.

Days, weeks, months, years — they’re constructions. Ways of keeping score. And that’s important, but one can’t live by numbers on a clock or in a bank account. I’ll measure my life in something else, something indefinable, and keep taking my time.