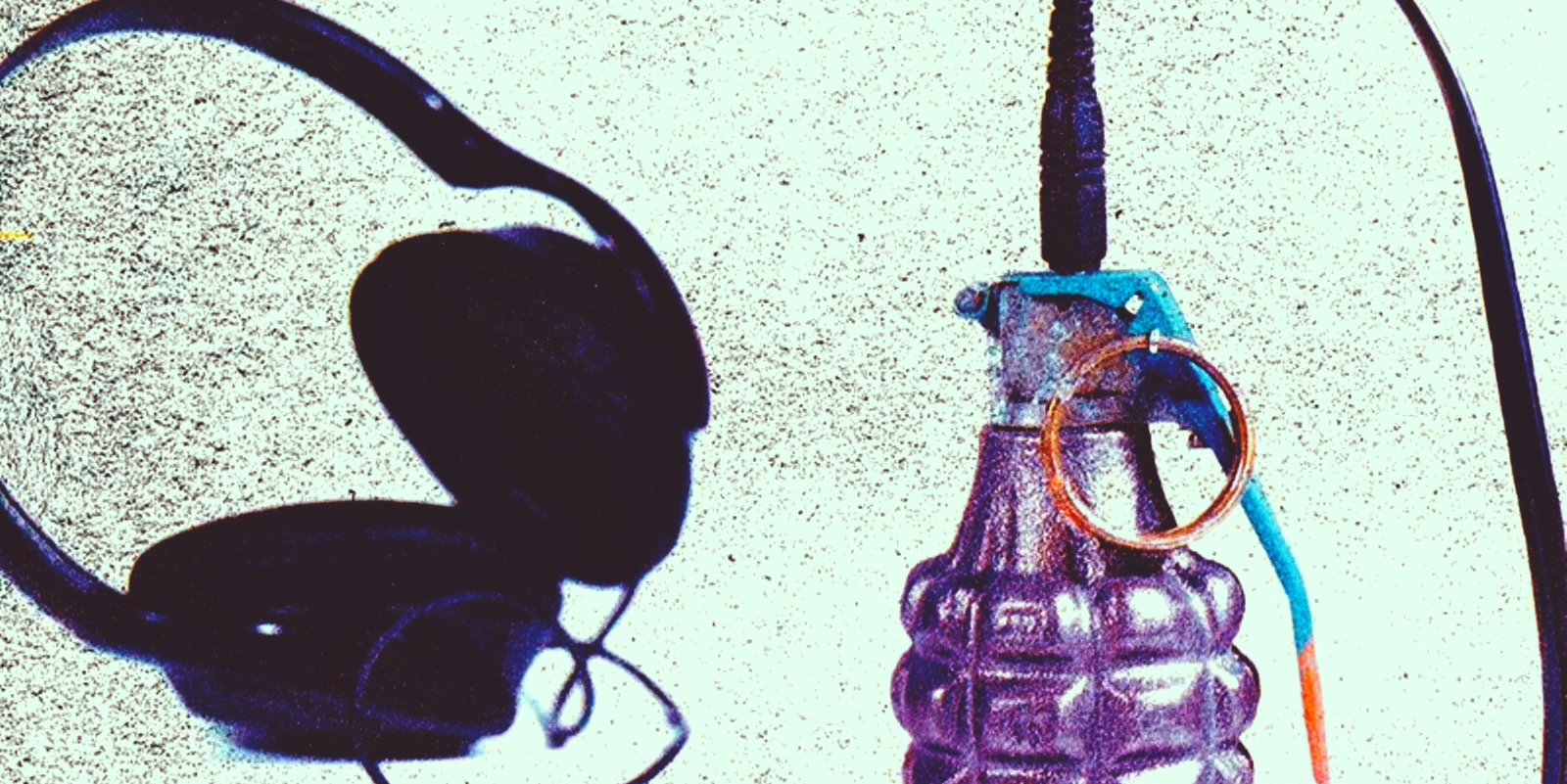 The harrowing process of puberty hit me in 2005, around the midpoint between my 10th and 11th birthday. I blame whatever weird hormones we feed kids these days, and that I probably continue to consume today, for its early onset, or perhaps I can deflect the blame to my parents and chalk it up to genetics — but whichever way, suddenly I found hair creeping up where it had never been before, dried blood on bargain brand, butterfly-clad underwear. Under oversized tee shirts, burgeoning breasts lumped together, hardly noticeable, but they would surely be big one day, I told myself with equal parts dread and wonder — after all, I had already donned my first bra, one of the first in my class, but certainly not the first to worry whether these new marks of my sex would throw my jump shot, bar me from swimming pools for twelve weeks out of the year, and shepherd me into the “girl’s section” of clothing stores where I’d exchange cargo shorts and sneakers for dresses and romances. I’d worry about entering middle school, about finding my locker and my classrooms, about making friends and who my future self would be, whether she’d look anything like the girl I saw reflected in the mirror.

Ten years later, it turns out that my chest would never be full enough to matter much and that I would leave behind that basketball of my own volition, sooner than I expected. I would realize that, much the same as I squirreled poetry under my mattress and concealed any tears to the quiet dark of my pillow, I hid from femininity all those years because I equated it to sensitivity and vulnerability, to love and expression, my paramount fears. I’m still afraid today. The great takeaway from my teenage years is learning to trace, to accept, to embrace, and eventually, to overcome that fear, but I didn’t reach that point alone. There are a variety of influences I could name and explore, but somewhere between all my petty and beautiful adolescent struggles, I found gaps in time to turn my brain off for a few hours with video games. Among my illustrious collection of the hallmarks of  the PlayStation 2-era were entries from the Tony Hawk skateboarding games; I practically salivated in anticipation over Tony Hawk’s Underground, a Tony Hawk game that boasted a literally game-changing innovation: the ability to leave your skateboard. I ran and climbed through the streets of various settings in that game, reacted with shock and thrill at the prospect of a Tony Hawk game with characters and a story (for I’ve always been, at heart, a reader and a critic, who specializes in the two). And in the midst of the grinds and kickflips and hijinks, I would hear a song.

I was no stranger to music, of course. Like most children of the 90s, I began with Britney Spears and *NSYNC (which I would, at the time, vehemently deny — and now revel in). But come my pre-teen years, I would exchange pop hits for what I viewed, at least, as outside the mainstream, trade Oops!… I Did It Again and No Strings Attached for a copy of Green Day’s International Superhits!, for memorized Simple Plan lyrics, for Red Hot Chili Peppers verses I was far too young to understand. But with its heavy riffs, scratching vocals, and best of all, a bass line that introduces and finishes the song, two bookends to my musical homecoming, this song was starkly unlike anything I’d heard before. Never had anything felt so powerfully mine before, something only I knew and understood, a song that didn’t come from the radio or my mom or my sisters. It was my secret.

So secret, I learned, that I could scarcely find it anywhere, because in 2005 there’s no YouTube or Spotify or iTunes, no endless library of music waiting behind a few clicks and presses. There’s hardly even an internet. All I knew about ‘downloading,’ back when that was a new word for the world, was that if I ever did it illegally my family and I would be sentenced to life in prison and our computer would explode. Or something like that. Even if I had the money to buy CDs, Best Buy didn’t stock it, and a trip to the fabled (and faraway) Tower Records seemed unlikely.

I was an addict; I had my first taste and I needed more. Desperate, I relied upon THUG for my fix, removing all from its in-game playlist until it was just one song, my song, on repeat, over and over, again and again, until I had almost caught all the lyrics, until it became a background noise that I only registered enough for it to sew itself into my subconscious, to weave itself into the fabrics of my mind.

The song made a home in my head and my heart as I entered middle school; eventually, on my 11th birthday, I would receive the only gift I’d ever remember from my dad, one he didn’t think of himself but outsourced to my sister, who was vaguely aware of my obsession, one he tracked to a hole-in-the-wall record shop, one that I would unwrap and I would spot a pair of headphones plugged into a hand grenade, all under a spray-paint logo.

Absolutely giddy, I immediately dropped it into our trusty PlayStation 2, in the living room, for everyone to enjoy. But in the hubbub of birthday celebrations, I missed the first songs, not that I would have heard them over my impatience for track five. But my dad shattered my exhilaration somewhere in the screaming chorus of “Halfway There”, as he asked with a cringe “is this really what you like?”, as my stepmom left the room in displeasure. I refocused my ears and my heart sunk; I wondered, perhaps, if I was in over my head. But I smiled and nervously laughed “yes,” because even though the music is angry and loud and frightening, even though I’m 11 years old and not nearly punk rock enough for it, I was also possessed by the awareness that this was the heaviest music I had ever heard. And I really liked the idea of that, because I too was angry and loud and frightened, though I didn’t know how to express it. I wanted to become worthy of it.

That desire ignited me and propelled me forward, continues to today. The album, however, was more of a slow burn for me; the band’s following releases proved far more accessible and solidified my interest, but I would constantly return to that hand grenade, my fear slowly abating with each listen; one day I wouldn’t skip it in my shuffle, another I’d add one or two of the harder songs to a playlist, and the next find myself singing along, until today, a decade later, I’m queuing up such releases as Perfect Pussy’s I have lost all desire for feeling, and I’m once again afraid of what pumps through my speakers, of the raw rage and rapture behind each note, the sensation that these are words and sounds that will literally kill the musicians if left unexpressed and unheard. I’m once again afraid that this album has weighed me and I’m not enough for it.

But that copy of Revolutions Per Minute, cracked and unhinged with age, did more than provide a suitably angst-ridden soundtrack to my teen years. It taught me to take a breath and to take a chance, to allow things time to marinate, even that which terrifies me — especially that. It gave me the courage to stare down that fear, to recognize the part of me that wanted to be stronger and tougher and harder and better, and to chase after it; the courage to espouse unadulterated outpouring of emotion, in the face of years spent repressing and in horror of true, honest expression. It was the first song to change and to free me as a person, the first of many tiny revolutions that music creates in one’s life. I must acknowledge, of course, that my life has not yet been very long; as Revolutions preaches in its lyrics, I’ve come a long way, but I know there remains a long journey left ahead of me. And the change I perceive in myself from age 10 to now, at age 20, may be nothing compared to other transformations along the way, massive transformations that may occur over just a few minutes but alter me for years to come. And that’s scary but it’s also okay, because no matter what road I take, every road I take, will one day lead me back to, and I will discover the light within, myself.